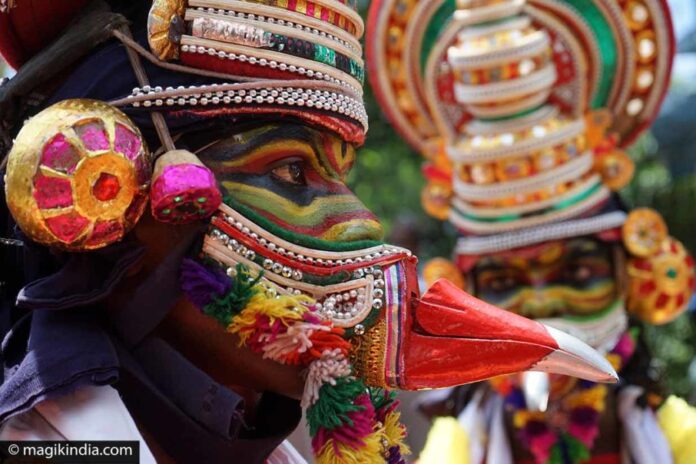 Cultural practices and expressions showcase the understanding of a people, what life is all about, the way of communicating, and also a means of preserving and transmitting their received civilization. Culture is a broad subject with very wide and diverse exhibits in every place where people are; it can be said that the closer a practice is between people, the closer their ancestors are likely to be. So when looking at some regular activities of a society, such as the annual celebrations, an idea of what that society values will be decipherable.

Festivals, celebrations, or annual events are commonplace in virtually all societies of the world, and it has the value of bringing individuals together for bonding and to emphasize togetherness. Generally, the events are joyous occasions and full of fun, so people love them and look forward to them; it has aided businesses over the years in form of tourist spending. Without a doubt, there will be some festivals that are atrophied due to loss of interest, perhaps also because the values or subtle message being transmitted has lost currency and is possibly no longer needed.

Cultures are like living things because they can transform, absorb others, drop certain aspects as well as go extinct. The people themselves absorb new ideas, the values received through the festivals may no longer be of interest. The activities of the festival will show its origin which could be religious, tribal/ancestral, national, commercial, or hegemonic. There are critical works of art that get preserved as a result of certain festivals. A musical festival will lead to the introduction of new instruments or new musical styles and new ideas of manufacture.

A festival geared at the remembrance of past residents, for example, the African festival of masquerades which seems to promote the recognition of communing with the departed, or to say humans are not alone in the world involved certain costumes. The kinds of face masks, or even magical words to be said will require some initiation or training. Some festivals are quasi-religious because while the masquerade festivals brought people together to have fun, they can also be described as ancestor worship.

Cultural and religious practices of individual regions do not make the world agree on any one thing; for example, when is the turn of the year? Which day is the first day of the year, which comes first, night or day? What this shows, is that the societies placed values on certain days, for example, the Sabbath day or day of rest for a set of people is not valued by some others and they will rather do as they please by referencing the days of value to them.

Some festivals can be considered a variant of the same because it seems to be directed at the same thing in different cultures; for example, the day of the dead that is popular in the Latino community seems to correspond to Halloween in the western world and quite similar to masquerades of Africans. The Anglo-world or societies associated with Western Christianity somehow dominates the world in what they hold as some divine order to determine time; create the calendar, and determine the center of the world to use as a reference point for other things.

So dominant are western thoughts that they virtually got the world to adopt their New Year date, and celebrate with them their religious festival of Christmas and New Year. Other ones like Halloween, St Patrick’s Day, Valentine’s Day, Mother’s Day, and Father’s day have also become and gained worldwide acceptance, just that the way each of them is celebrated is different. Quite clearly, the religious festivals are the most intensely celebrated and most attended.

A new kind of festival is brewing worldwide, which is commercial; it began as business or product shows, but it is being backed up with adverts and commercial thoughts in a manner that they are becoming a source of societal income. Be it a farm show, Car show, music show, or fashion show, when the society accepts it, a large gathering ensues, which could become a yearly event. Once a show becomes yearly and massively attended with economic benefit to everyone, it is possible to sustain it, but nothing stands like the religious festivals because it seeks to re-enact an event in history that is divinely orchestrated.