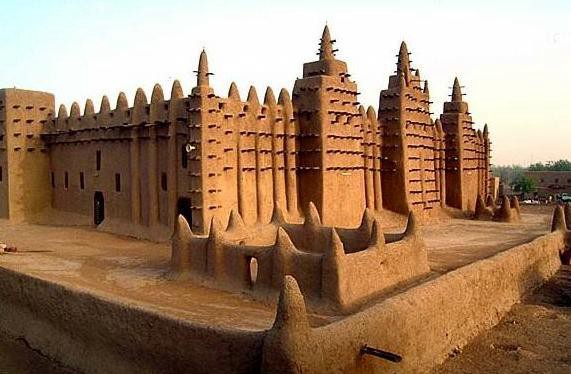 Most African kingdoms left a great mark on the world with their construction methods, advanced irrigation and farming systems, their system of mathematics and medicine, and their famous leaders.

While Europe was going through its Dark Ages, a time of intellectual, cultural, and economic regression, from the 6th to the 13th centuries, Africans were going through an almost continent-wide renaissance after the decline of the Nile Valley civilizations of Egypt and Nubia.

There were various African kingdoms and empires spread out across the continent, and regional and political powerhouses like those found in our history books. Let’s take a look at some of Africa’s most notable kingdoms and civilizations.

Even though it is mostly overshadowed by its Egyptian neighbors to the north, the Kingdom of Kush stood as a regional power in Africa for more than a thousand years.

This ancient Nubian empire got to its peak in the second millennium B.C., when it ruled over a vast swath of territory along the Nile River in what is now Sudan.

Also referred to as the Kingdom of Aksum (or Axum), this ancient society is one of the oldest of the African kingdoms and is spread across what is today Ethiopia and Eritrea in an area where evidence of farming dates back 10,000 years.

The Aksumites were important in the commercial trading routes which existed between the Romans and Ancient India, and they were seen as one of the four great powers of their time together with China, Rome, and Persia.

They specialized in the trade of gold and kola nuts. The decline of the Kingdom of Ghana was cemented when it became part of the kingdom of Mali around the year 1240 CE.

For just their size, few states in African history can compare to the Songhai Empire. Created in the 15th century from some of the former regions of the Mali Empire, this West African kingdom was larger than Western Europe and comprised parts of a dozen modern-day nations.

It got to its peak in the early 16th century under the rule of the devout King Muhammad I Askia, who conquered new lands, forged an alliance with the Muslim Caliph of Egypt, and established hundreds of Islamic schools in Timbuktu.

After the decline of the Kingdom of Wagadu, it was annexed by the Kingdom of Mali. While the Ghana Empire traded in gold, the Malian Empire mined gold from its mines which, by the end of the 1200s, was the source of approximately 50 percent of the gold supply of the Old World.

The most famous ruler of the Malian Empire, Mansa Musa, was the richest back then – even by the standards today. He is seen as one of the richest people in world history with records suggesting that Mali was the largest producer of gold on Earth during his reign.

Great Zimbabwe is one of the most impressive monuments in sub-Saharan Africa. It has an imposing collection of stacked boulders, stone towers, and defensive walls assembled from cut granite blocks.

This kingdom ruled over a large chunk of modern-day Botswana, Zimbabwe, and Mozambique. It was especially rich in cattle and precious metals and stood astride a trade route that connected the goldfields of the region with ports on the Indian Ocean coast.

The Mutapa Empire encompassed a large portion of Southern Africa, from the Limpopo and Zambezi Rivers to the Indian Ocean coastline. Its territory was so large that if it were around today, it would stretch across parts of six Southern African countries.

Legend has it that a warrior prince from the Kingdom of Zimbabwe created the Kingdom of Mutapa. Within a generation, Mutapa eclipsed the glory that was Great Zimbabwe and its surroundings.

Before European powers shared the African continent during the Scramble for Africa, the modern-day countries of the Democratic Republic of Congo and the Republic of Congo both formed part of the Kingdom of Kongo.

Even though the precise boundaries of the kingdom are uncertain today, this empire eventually stretched into both modern-day Congos and Angola under the leadership of a Kikongo warrior, Luken Lua Nimi, whose military and political prowess dominated central Africa for centuries.

Found in modern-day Nigeria, the Benin Empire was seen as one of the oldest and most developed states in West Africa until its annexation by the British Empire.

Famous artisans crafted masterpieces from bronze, ivory, and iron. The Benin Empire had a strong trading relationship with the Portuguese, exchanging palm oil, pepper, and ivory for Manilla (a form of currency used in West Africa) and firearms.

Britain’s first expedition to Benin occurred in 1553 and a mutually beneficial trading relationship existed throughout the 16th and 17th centuries until Benin suspected Britain of making controlling advancements. Dutch, British, and Portuguese explorers brought numerous tales back to Europe of the beauty, wealth, and sophistication of Benin.