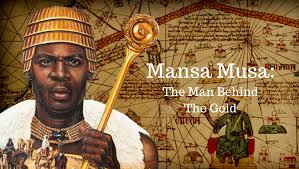 Who Was Mansa Musa?

Mansa means Sultan in the indigenous language of the region, the Mandinka, which Musa was born into in 1280.

He became king of Mali in 1312 and his 25-year reign saw the country expand massively to include nations such as Senegal, Mali, Burkina Faso, Niger, Guinea, and the Ivory Coast.

How Mansa Musa Became the Richest Man in History

Musa was deputized to temporarily assume Abubakari II’s duties by the former emperor, Abubakari II. This empire was characterized by its “on-call” emperors throughout its history.

This role is similar to that of a vice president in the modern world, as the person would be expected to step in on a full-time basis if something happened to the main emperor.

In a surprising turn of events, Musa is forced to step in. The day Abubakari headed out to explore the far side of the Atlantic Ocean, he never returned.

It wasn’t as if Musa appeared out of nowhere to lead. The founder of the Mali Empire was his great-uncle, Sundiata Keita.

You can attain wealth in many ways, as many late-night infomercials will tell you. Musa made his fortune primarily by trading gold and salt, which were found in abundance in Western Africa at the time. Most of his wealth was spent on strengthening important cultural centers, such as Timbuktu.

Musa didn’t become well known outside of Africa until he ventured outside of the region he ruled, despite his massive success. In 1324, Musa, a devout Muslim, decided to do the Hajj (the pilgrimage to Mecca). His name soon spread throughout the world.

Pilgrimages to Mecca continue to be important parts of Islam today. It was no easy task for Musa. His empire was over 4,000 miles away. He would certainly not have been able to go alone, as he was rich and powerful.

In total, 60,000 people accompanied Musa on his pilgrimage, including servants, soldiers, and supporters.

Unlike what one might expect, Musa’s servants were not dressed in rags. The Persian silks they wore were adorned with gold staff.

Musa’s convoy of camels, horses, and people attracted the attention of the world. The caravan of Musa was not only hard to miss, but he was also giving away gold to random peasants on the street. Musa left the streets littered with gold when he passed through Cairo, Medina, and finally Mecca.

Musa sometimes left a large wake, however. Gold was given away so freely in Cairo that the economy was messed up for a time. The value of the gold plummeted.

As a result of Mansa Musa borrowing from Cairo lenders (despite the high-interest rate), the disruptions eventually settled down. Almost single-handedly, the king controlled the gold market in the Mediterranean. Cairo’s economy, however, did not fully recover from the golden touch of Mansa Musa until over a decade had passed.

The pilgrimage to Mecca would undoubtedly cement Musa’s place in history. At the time, he saw it as a way to honor his faith and to expand his kingdom. He acquired Gao in that historic journey.

Musa expanded his empire after his reign to include present-day Senegal, Gambia, Guinea, Niger, Nigeria, Chad, and Mauritania, as well as Mali.

He is estimated to have a fortune worth around $400 billion today when inflation is taken into account. Despite being rich and sultan, he was much more than that.

Musa, all those centuries ago, accumulated half of the wealth of the world’s richest people as a king. Musa has thus been regarded as the richest person in history by many experts. Nevertheless, many are still unable to comprehend his true wealth.

In large part, because it was so prominently displayed during the pilgrimage to Mecca, Musa’s incredible and impressive wealth was widely known throughout the region.

During his reign, he sponsored an extensive construction program in Mali, raising mosques and madrasahs, including Sankore Madrasah (the University of Sankore).

In addition to encouraging urban living, he is credited with being an integral part of the emergence of urban civilization, as more and more people moved into urban centers during his time.

During his pilgrimage, Musa also expanded his empire to include Timbuktu and Goa. During this time, with the help of Spanish and Egyptian architects, he built the Djinguereber Mosque in Timbuktu.

Musa’s empire made Timbuktu a center of trade and culture as well as an important center for Islamic scholarship. In addition to his devotion to education, he built one of the largest libraries in the world during his reign, rivaling the Library of Alexandria with roughly 1,000,000 manuscripts.

Due to Timbuktu’s reputation, trade routes to southern European cities like Venice and Genoa included the city.