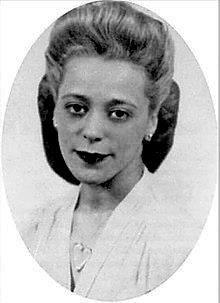 Viola Desmond encompasses all the traits of an Omoluabi. She was a Canadian businesswoman born in Halifax, Nova Scotia and is known to be a major civil rights icon. On November 8, 1946 she challenged racial segregation at a cinema in Nova Scotia. She was physically injured by police and wrongly convinced and fined by local courts.

Desmond’s case is one of the most publicized incidents of racial discrimination in Canadian history and helped start the modern civil rights movement in Canada. As a minority, Viola rose above the challenges she faced being a minority and a woman and launched an empire in the beauty industry and in the black community.

She is honoured today by being the first Canadian woman to appear on the Canadian ten-dollar note and the first historical woman of colour to be featured in a Heritage Minute. She possesses the fundamental principles of an omoluabi by showing bravery, hard-work, having excellent character, good will and embodying hard work.