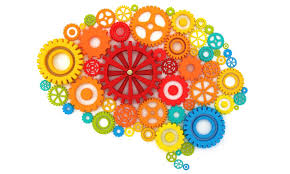 Respect is defined as a positive feeling or action shown towards someone or something considered important or held in high esteem or regard. It conveys a sense of admiration for good and valuable qualities and is also the process of honoring someone by exhibiting care, concern, or consideration for their needs or feelings. Respect comes from good mental health conditions. People without good mental health are not likely to show respect to others.
Respect is a very important tenet of the concept of Omoluabi. We give respect to our elders, Pastors, teachers and those in authority. Omoluabi’s concept lays a responsibility on a leader or elder to steer clear of behaviors that could tarnish their integrity and make them lose respect.
Some people earn respect by assisting others or by having important societal roles. In many African cultures, individuals are considered to be worthy of respect until they prove otherwise. Courtesies that show respect include simple words and phrases like “thank you” or a physical gesture like a slight bow, a smile or simple handshake.
In Omoluabi culture, there are many ways to show respect for people. For example, in the Yoruba culture, it is recommended that a man prostrate or a woman kneel before an elderly person.
Respect is a phenomenon renowned with African people; it is a culture that the African people take pride in. Respect is such an important aspect of our tradition that it has been passed down to every generation. It is the epitome of peace and orderliness which remain very important in African cultures.
An Omoluabi is expected to show respect and courtesy to people older than them. Respect is a social norm that is earned automatically in the African society and can be demanded if deemed necessary. Respect is shown in speeches, greetings and attitudes. Omoluabi cherishes respect.
Omoluabi shows respect to one another in the manner of greetings and talking and this is not only between an elder and a younger person, but also among peers. Personally, I like the culture of respecting the elderly, as there is something about experience that only time can buy. In African cultures for example, the unquestionable respect for elders is a fundamental feature, which is instilled in every child. It is also considered a mark of disrespect to refer to elders by their names. Calling parents by their name is a sign of disrespect.
Respect for the elderly is a virtuous notion that must be preserved, as it knits the fabric of our
society together as one. You answer anyone older than you by “Sir” or “Ma”. You don’t’ call your elders by name, instead you use the world “Uncle” or “Auntie”. We should teach our children to respect elders to preserve our culture. As the Proverb says, “train up a child the way he should grow, and when he is old, he will never depart from it”. Teaching your children respect is something that will eventually become an integral part of them.