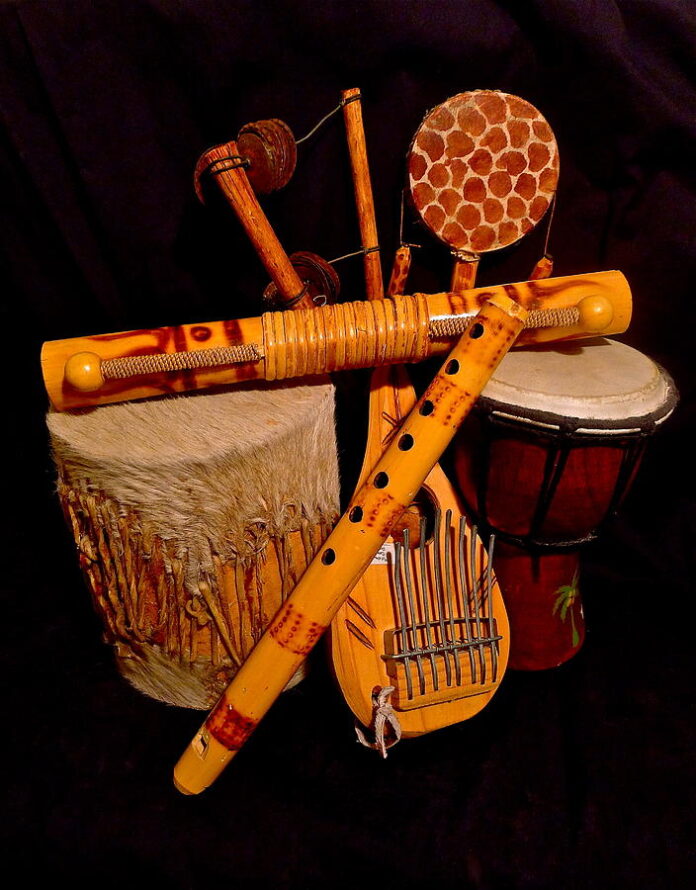 African American music, also called Black Music is an umbrella term for a diverse range of music and musical genres developed by African Americans (who were generally known as enslaved Africans). For example, today’s soul music evolved from the negro spirituals. These are soulful songs of slaves taken from Africa to the Americas to work on plantations prior to the civil war I America.

Some of the popular music genres today, such as rock and roll, country, rock, funk, jazz, blues, rhythm and blues, etc were created and influenced by Africans hence the saying “Every genre that is born from America has black roots”

While the white slave masters and owners tortured their slaves physically, mentally, and spiritually, these African slaves used music and drumming to make themselves happy thus converting their dehumanization of their owners. These black Americans were oppressed for being blacks hence some of their music portrayed their deep experiences. The music became a creative distraction from all forms of oppression.

Black American music evolved gradually when they played in the military bands after the civil war and a new style of music called ragtime came into being and gradually transited to Jazz. This had a wide range of influences on the development of music within the United States during the 20th century; the earliest jazz and blues recordings were made in the 1920’s African American musicians developed related styles such as rhythm and blues

The celebrated freedom lover, Harriet Tubman (an American political activist, born into slavery) sang coded messages to her mother and other slaves in the field to make them aware she was escaping to the underground railroads, one of them is ” I’m sorry I’m going to leave you. Farewell, oh farewell: But I’ll meet you in the morning. I’m bound for the promised land, on the other side of Jordan, bound for the promised land”.

Another way enslaved people communicated messages of escape in music was through drums.

In West Africa, drums are used for communication, celebration, and other spiritual ceremonies which were also deployed by the West African people enslaved in the United States to send coded messages to other slaves across the plantations.

The making and use of drums by enslaved Americans was outlawed after the slave’s rebellion in South Carolina in 1739 because it was identified by the oppressors as a tool in communicating with other slaves when they are in any form of revolt/revolution; This was the main reasons the white slave owners banned the creation and use of drums on the plantation/fields. For a people used to rhythmic sounds, the banning of drums was challenging, they made do, though, by slapping their knees, thighs, arms, and other parts of their body to create sounds that were later to be referred to as “Pattin Juba”

The Juba dance was originally brought by Congo slaves to Charleston South Carolina. It became an African American plantation dance that was performed by slaves during their gatherings when instruments like drums were no longer allowed due to the fear of secret codes hidden in the drumming.

Africa is a highly musical continent with genres spanning from Afrobeat, Ndombolo, Rhumba, Bongo, Benga, and Kwaito to Reggae, Hip Hop and R&B. To be continued with genres of music and musical legends across Africa