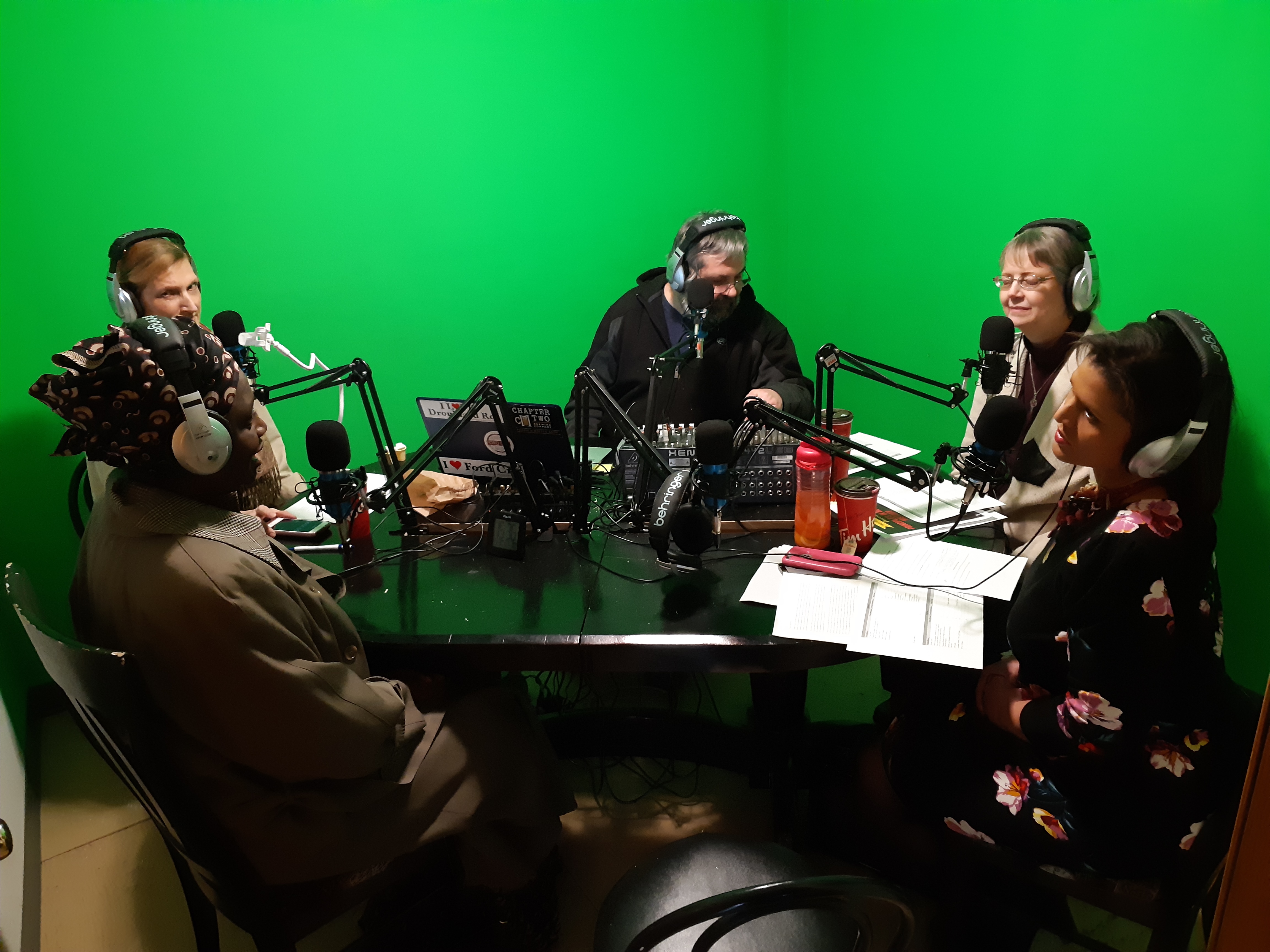 WE Speak (Windsor Essex Speaks), is a local podcast network, located in the heart of Ford city at 998 Drouillard Road. Last Sunday, February 10th, using one of the two high tech production studios, the “All Write in Sin City” podcast, which interviews local writers, recorded their second episode featuring Abiola Afolabi, founder and executive director of NCCEEP (Nigerian Canadians for Cultural Education and Economic Progress). During this brief interview, Abiola elaborated on the “Omoluabi” newspaper which is funded by the Ontario government as a  “Violence Prevention Campaign Initiative.”

She answered, among other questions, the topics covered in the Omoluabi newspaper, the motives behind the paper’s recent revival, and where the copies can be picked up, citing locations such as Enterprise car Rental, Walmart, Multifood store and gas stations. 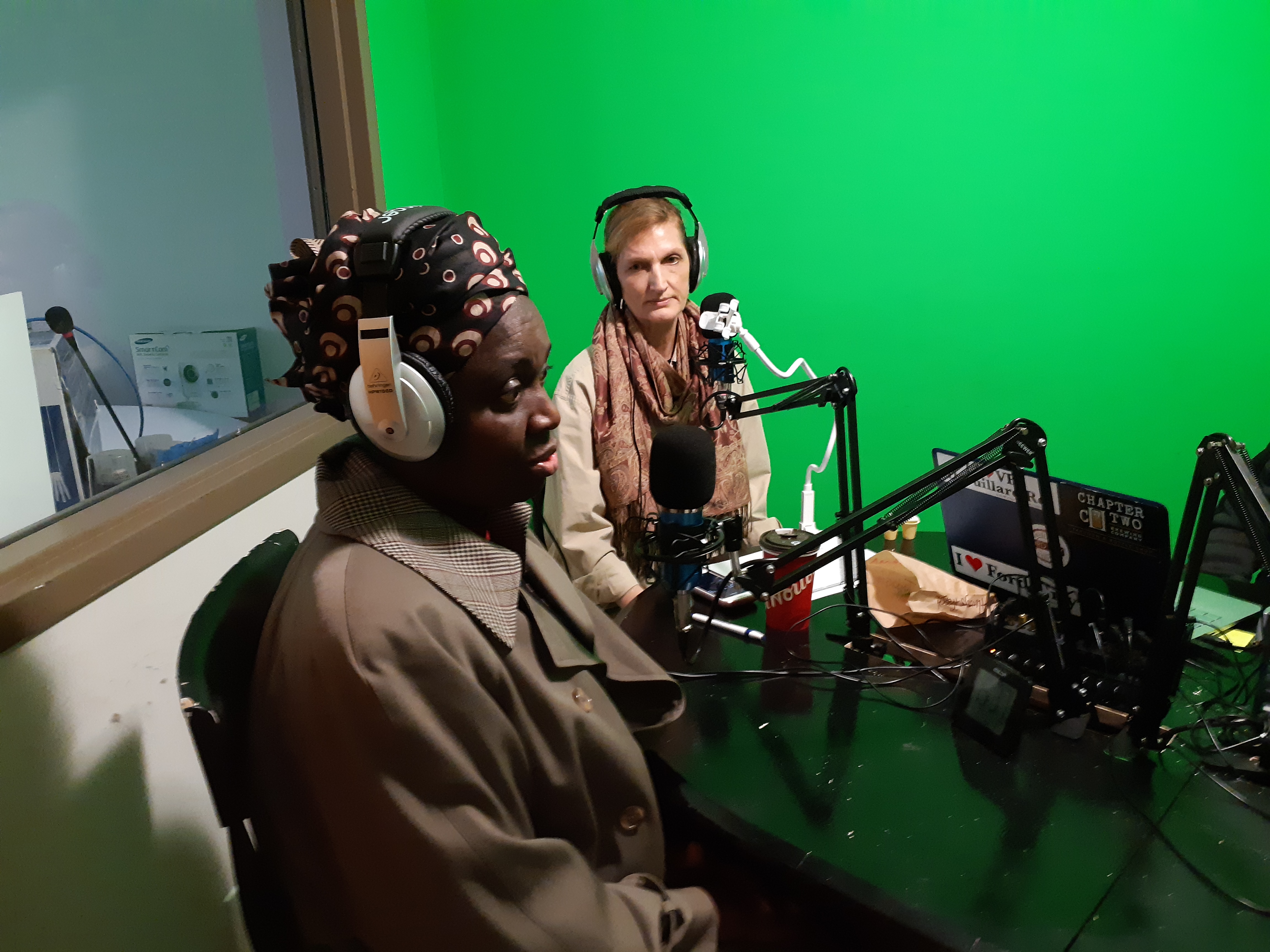 The episode also features an engaging discussion with local poet, drummer and activist-Tejai Travis, about his ancestral lineage and the variety of literature he enjoys. The full podcast will be uploaded on wespeak.ca in upcoming weeks.