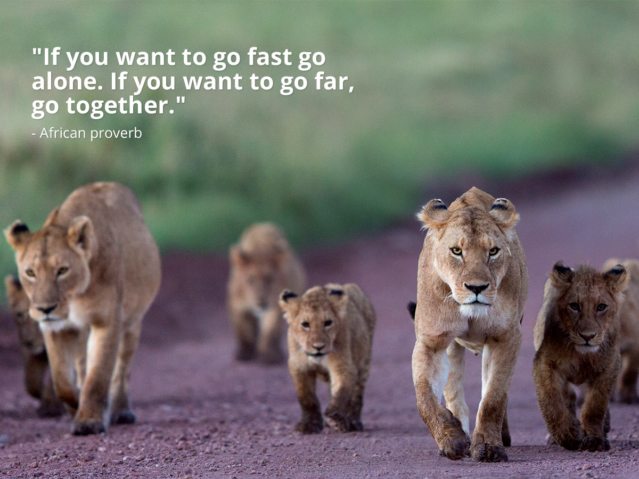 Continental Africa, like many other, continents, is endowed with the conduit of wisdom and knowledge. However, due to the pervasive stereotypical mind of some people, such wisdom and knowledge have bypassed them, and they obstinately and ignorantly miss out on the richness of that second largest continent in the world.

African traditional Religion is called animism which is the attribution of spirituality or some extra ability to inanimate objects. African tradition believes that a supernatural capability exists to activate objects and that the material universe is actually primed by invisible forces to its present state of harmony. Disharmony therefore can only be caused by the restless gods that needed to be spoken to with words of order of nature at rest. Most African proverbs are sourced from the Niger-Congo tribal groups and some more from the Nilo-Saharan tribes which suggest that the greater an area where African traditional practices exist, the proverbs are more common.

Many proverbs of Africa appear to be good observations that can be incontrovertible rules that are only safe to toe the line. It is akin to laws of science like gravity; there is no sense in anyone doing anything in defiance of the law of gravity or floatation. Proverbs are akin to simple things like do not seek to cross large rivers by foot, you are not a fish; clearly, no one needs to argue with such, but many African proverbs are not just mere words, but laws of nature with the capacity to activate spirit being lying low in nature when the right combinations of them are spoken, just as the right arrangements of wires and magnets will generate electricity. So African proverbs are valuable guides to living and interpersonal relationships.

Africa and her people, (and that term includes the Diaspora ) are rich in wise sayings, and proverbial expressions, which are all offspring of Philosophy. The Africans are well versed in philosophy, and they are quick and steady in the way they communicate in proverbs. They believe in the mathematical saying that “The shortest distance between two points is a straight line” Proverb seems to be the shortest distance from point A to point B at any given discussion. A typical example of this is found among the Yoruba ethnic group of Nigeria which says, ” Bi Oluwa ba pani lori, a fi irungbon di”, which means, “If God makes a person bald, He substitutes it with beard”. This simply means, If you lost something here, you also gained another there”

The expression of proverbs is also demonstrated among the Yoruba in the mediatorial role. The proverb that says , “O-gb-ejo-nikan-da, agba osika; elejo akoko rojo, o binu, o so opa nu; igbati enikeji ba ro ti e, o ku ohun ti yo fi da a”; that means, “The listener to one party’s case to judge, is a wicked elder. The first party presented their case and he(the elder) got angry to the point of throwing away the staff; when the second party presents their case, what will he (the elder)  use to render the verdict? ” With this in mind, the African philosophy epitomizes their ways of life wherever the Africans are found.

Philosophy also plays an important role in everyday human behavior. This is well spelled out by another Yoruba proverb that says, “Eni ba mo ise okunkun, ko ma se da osupa loro”. This means, “The person that is familiar with the deeds of the darkness, should not torture the moon”. The proverb addresses the aspect of actions in relation to consequences. The proverb sounds like a guiding warning to any person that wants to act, to think deeply and reflectively about what the outcome of their action might be.

In conclusion, African philosophy, as variously and numerously promoted through proverbs, is hardly separable from the African and the diaspora ways of life.